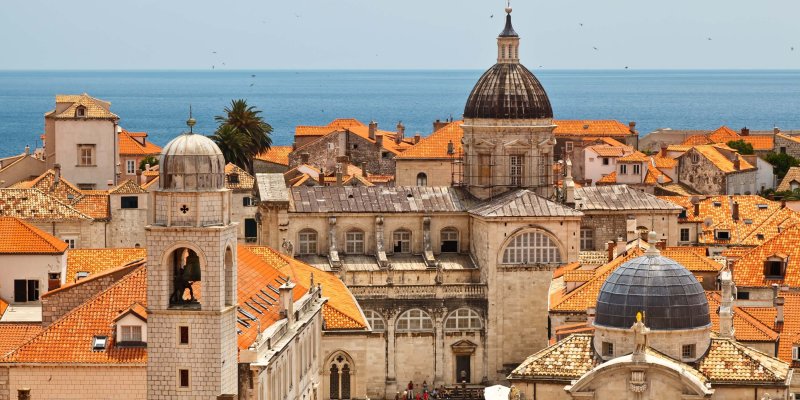 How I Fought Off a Stalker in Dubrovnik, Croatia

I sat at the entrance to Dubrovnik’s Old Town, eating some vanilla ice cream to cope with the July heat. Blissfully watching tourists walk by, I could never have imagined the nightmare that would follow.

The afternoon sun was melting my ice cream so I hurried to finish it up. I was also eager to get started on my first planned activity: a tour of the city walls. It was only my second day in the medieval Croatian city, but I was already in love! Dubrovnik reminded me of those idyllic oil paintings of the Mediterranean. It seemed to be a perfect travel destination for a solo female traveler. 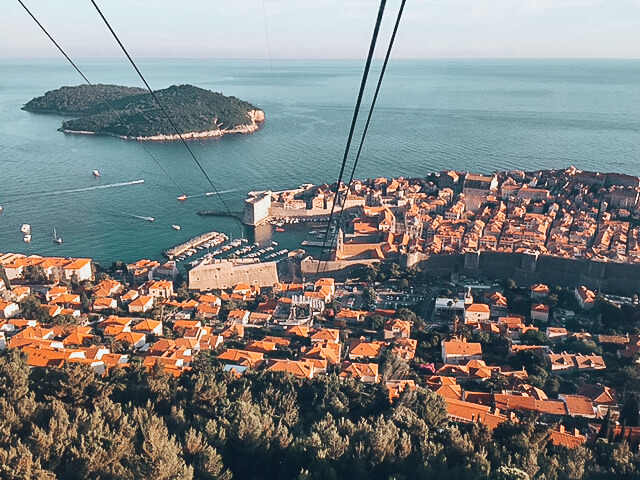 I was about to get up when a 50-something-year-old man approached me out of nowhere. He was dressed in khaki shorts, a Hawaiian shirt, and dark sun shades.

“I was looking at you and was wondering… Are you by yourself?”

“No, I’m waiting for some friends.”

That wasn’t entirely a lie either. I had coincidentally arrived in Dubrovnik at the same time as my Croatian-American friends from college, Cody and Clay. We had had dinner the night before, along with their friend Ting, and planned to meet up again later in the day. For now, I was going to explore the city on my own.

“Oh, okay,” he continued in a broken accent, “While you wait I can take you out to lunch, get to know you a little better. I like dark-skinned girls. Very beautiful.”

“Are you sure? I’ll take you to a fine restaurant. The best Croatian food. You’ll like it.” he insisted.

I power walked through the gate into the Old Town, arriving at Dubrovnik’s Main Street, Stradun. Then I looked around to find the ticket vendor for the city wall tour. 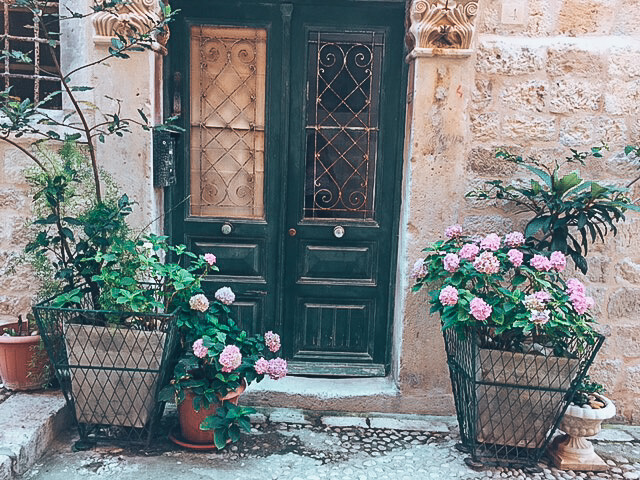 Spotting the little shop, I went over and purchased my ticket. Then I came back towards the city gate to join the line for the tour. He was standing by the line, staring directly at me!

“Will you change your mind?” he asked

“No! I’m not interested! Leave me alone!” I replied, feeling agitated.

The other tourists began to stare so he reluctantly walked away as I joined the line for the tour. I tried my best to cool down, dismissing him as a nuisance.

I walked the city’s stone walls, following a path at the top of the structure. The elevation provided spectacular views of Dubrovnik’s orange-roofed buildings and the surrounding Mediterranean Sea. 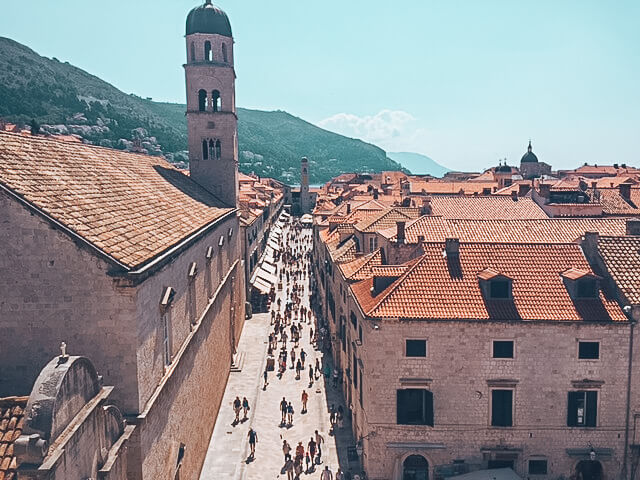 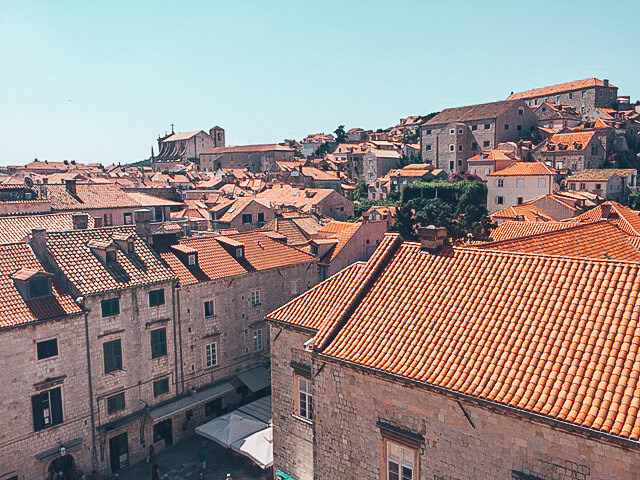 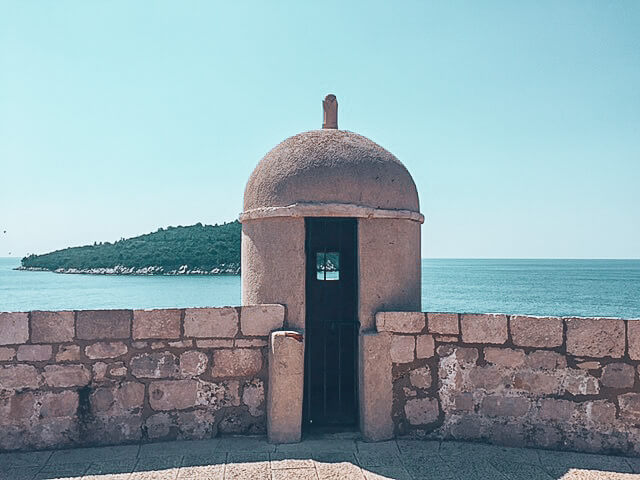 It took me about 45 minutes to walk the entire wall. Then I climbed back down to Stradun and headed in the direction of my hostel. This time I was more vigilant, looking at my surroundings. He didn’t show up again so I breathed a sigh of relief. 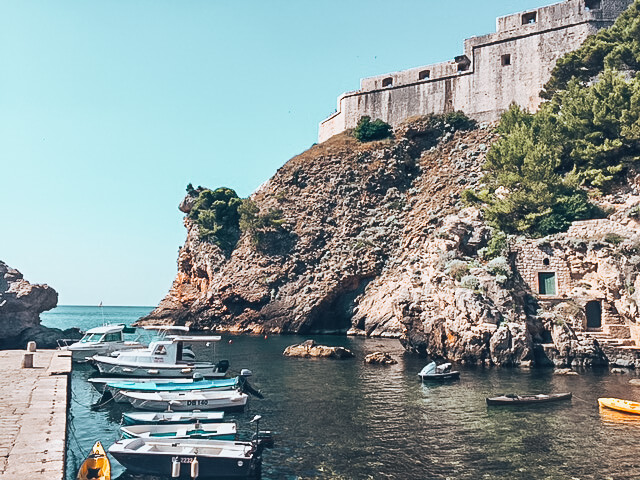 I stopped for a quick bite and drinks at a beach bar nearby then headed back to my hostel to freshen up. After taking a quick nap, I met up with Cody and Clay for dinner. The rest of the evening was pure bliss – eating cevapi, having a laugh, and touring Game of Thrones filming locations. 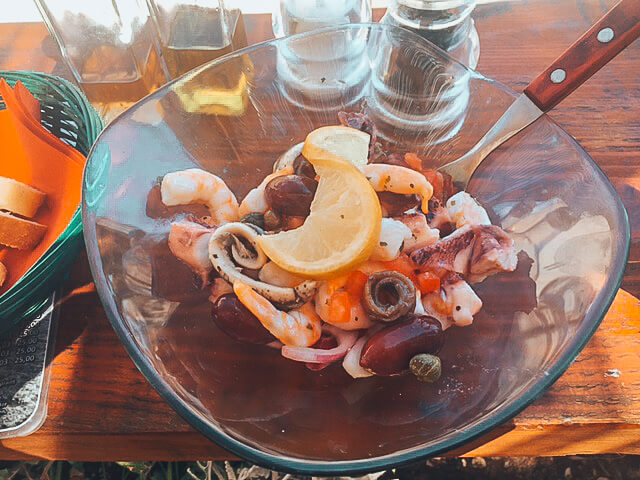 The next day, my last full day in Dubrovnik,  was also without problems. I met up with Cody, Clay, and Ting again, and we took a ferry to nearby Lokrum Island, where peacocks were roaming everywhere. Afterward, we went bar hopping in Lapad then took the Dubrovnik Cable Car up to the highest point in the city, taking in the sunset. 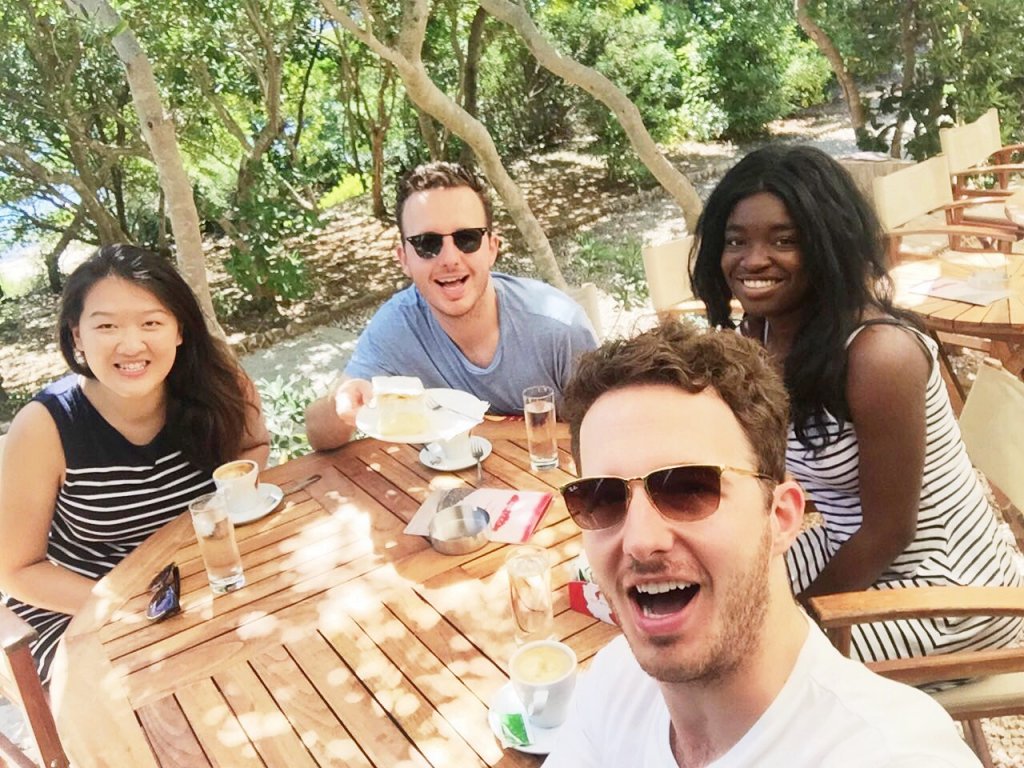 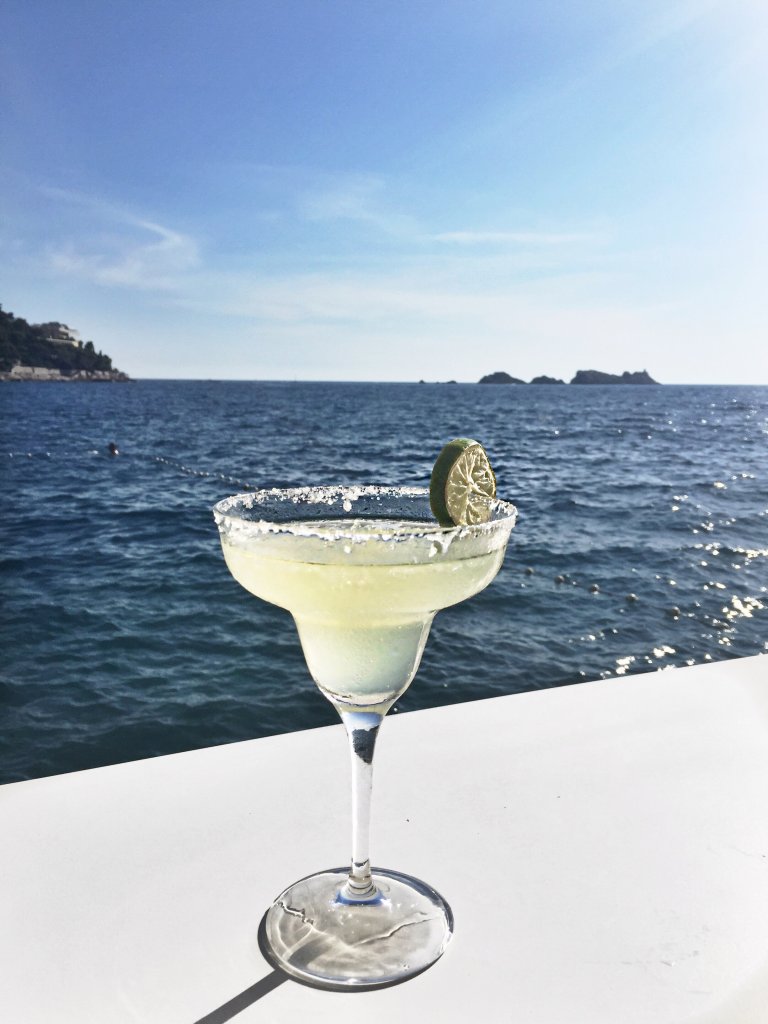 The next morning, it was time to say goodbye to Dubrovnik. I packed my bag and headed to catch the bus to the airport.

As I passed Pile Bay, a small boating dock close to my hostel, I spotted him. Again!

“Why you don’t give me chance? You think I’m going to do something bad to you? I’m a nice guy. I just want to treat you to lunch. That’s all.”

“Get away from me! Get out of here!” I was fuming.

Exasperated, I stormed off. I was leaving so now there was no need to argue anymore.

“Really? You won’t give me chance at all?” I heard him say from a distance. 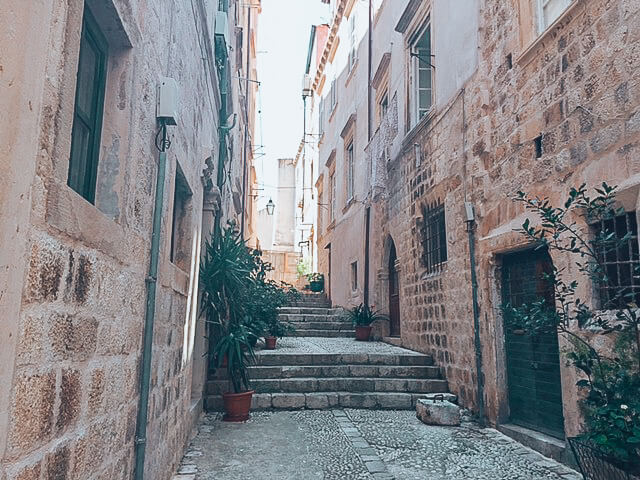 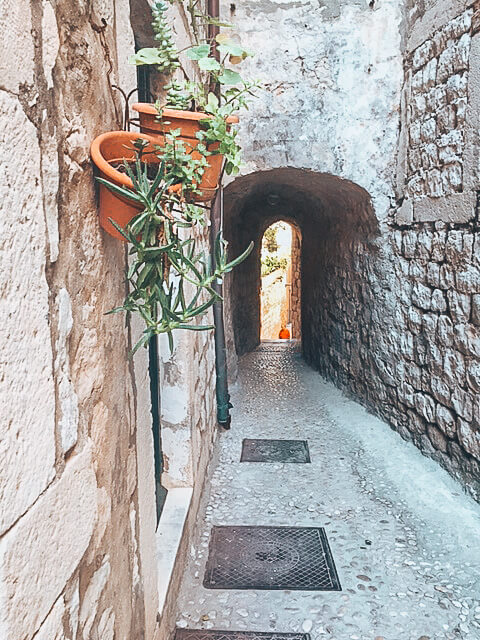 Soon, I caught my bus, got to the airport, and caught my flight. As I flew to my next destination, Greece, I reflected on that encounter and wondered if I had handled it well. Was he a nuisance or a serious threat? Should I have gone to the police? What would I have told the police?

Although this experience was unsettling, it has not deterred me from solo travel. There are risks. However, the vast majority of people I’ve encountered have been more than pleasant. This was my first and only negative experience as a solo female traveler.

What would you have done if you were in my shoes? Have you experienced a similar mishap while traveling solo? Share your thoughts in the comment section below. 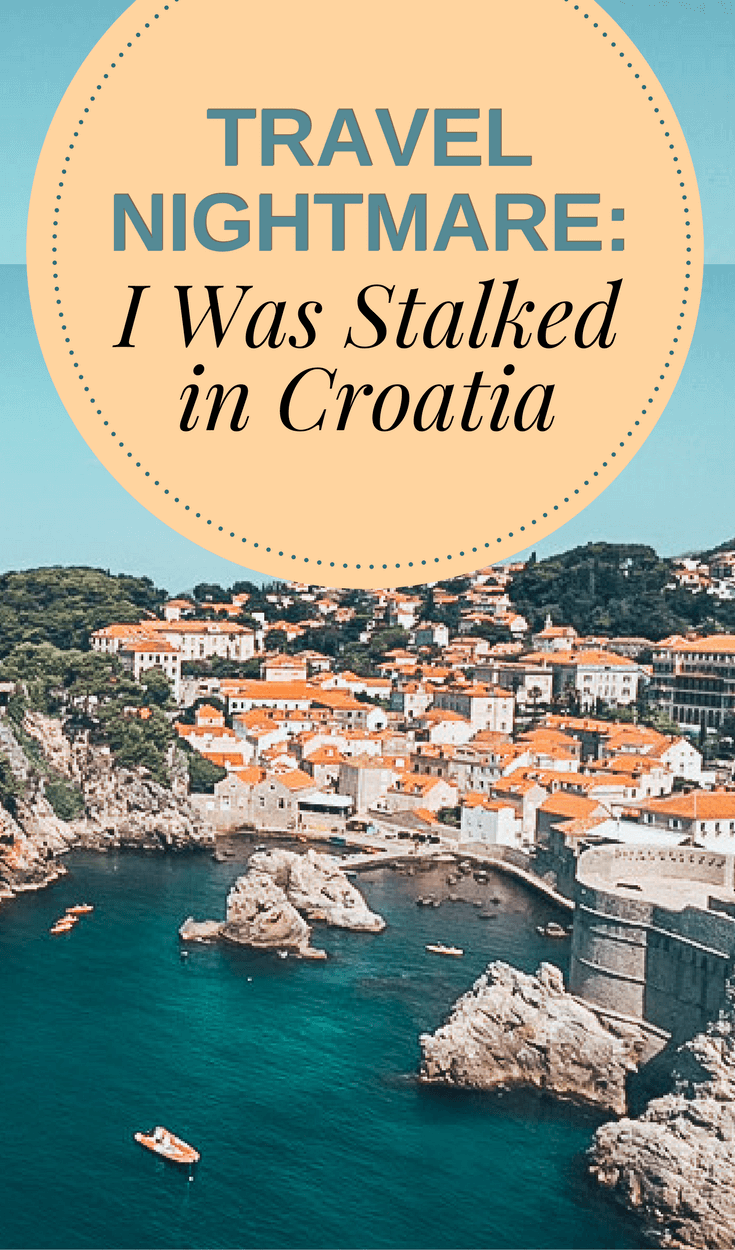 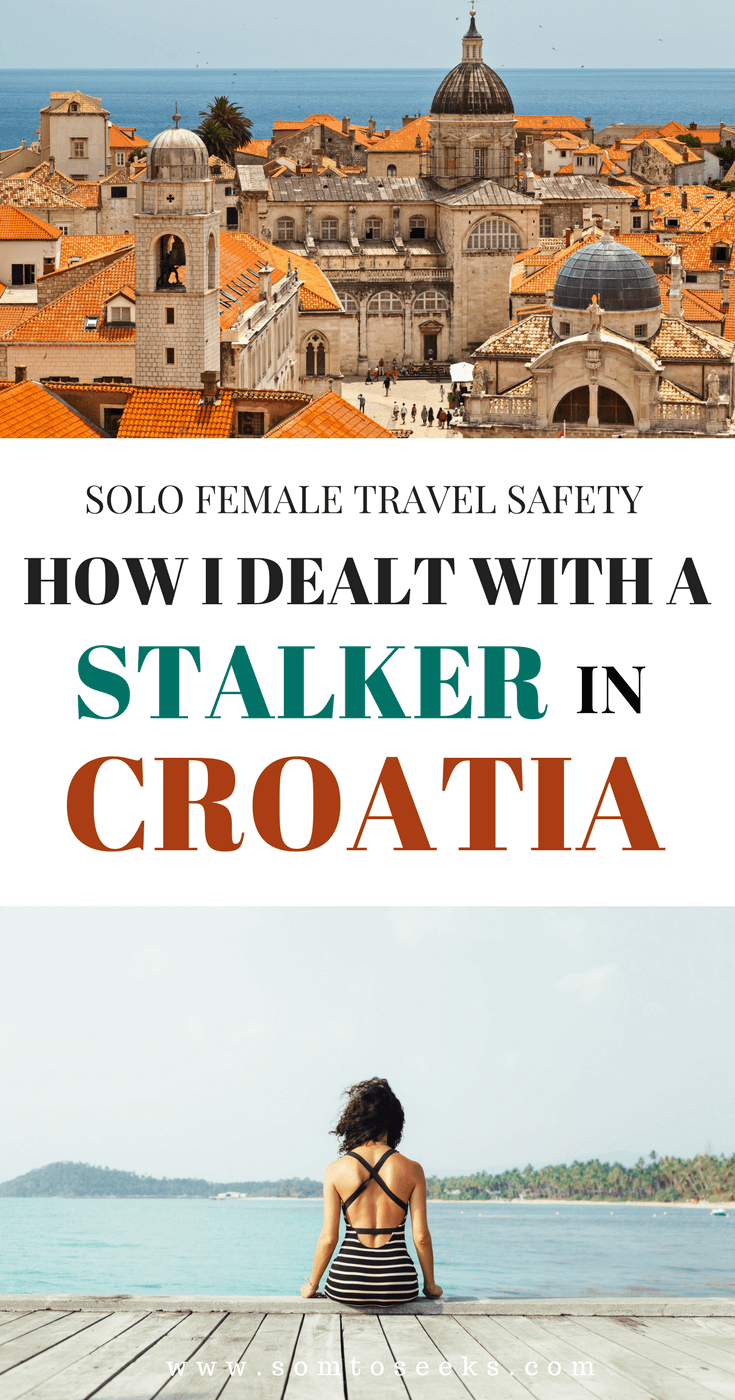 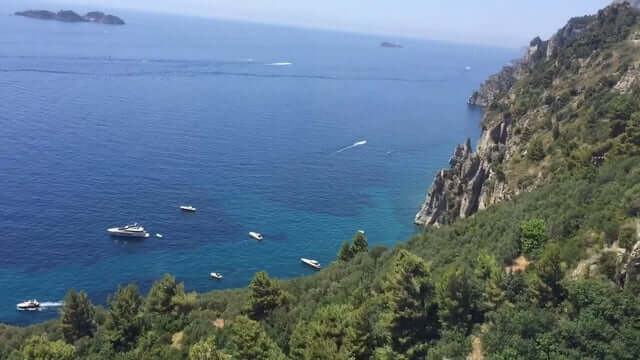 How To Experience Positano, Italy as a Female Solo Traveler

As I stood at the top of a hill opposite Positano’s iconic cliffside, I felt like I was in a dream. I thought to myself, ‘This has to be the most beautiful place I’ve ever seen in my life!’ Colorful bungalows and villas were perched on the cliff, stacked upon one another in an asymmetrical fashion. The houses cascaded down to the base of the cliff, a pebble stone beach. There is a saying that when people from the Amalfi Coast go to heaven, they will not notice any difference. I don’t remember where I heard that, but my experience driving to Positano and exploring its hilly landscape makes me believe it 100%. Positano’s ethereal beauty and maze-like landscape make it the perfect place for a solo female traveler to wander for a few days. Here’s what you can expect on a solo trip to Positano.

END_OF_DOCUMENT_TOKEN_TO_BE_REPLACED 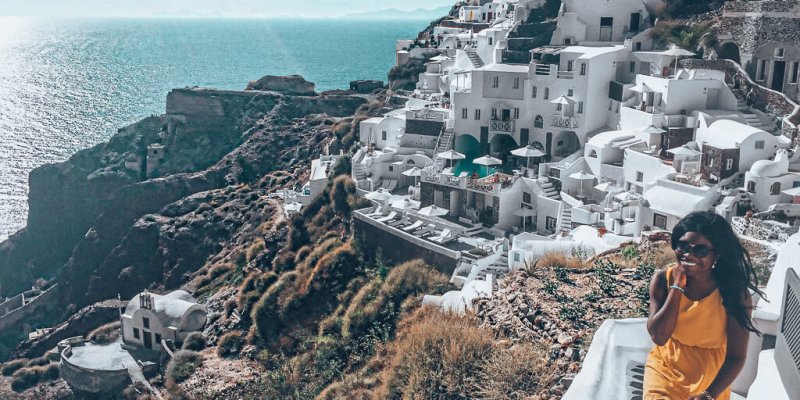 Unexpected Encounters on My Solo Trip To Santorini 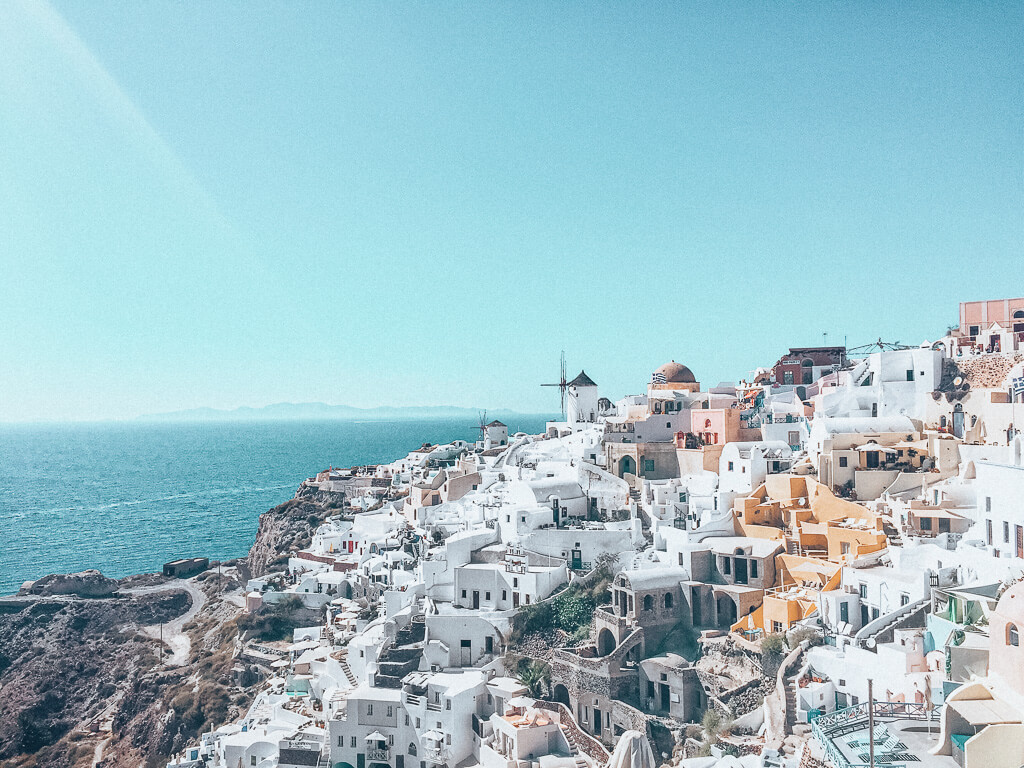 Santorini was made for lovers. When you’re there, chances are you’ll see some newlyweds doing a photo shoot against the idyllic backdrop – blue-domed churches and jaw-dropping views of the Mediterranean Sea. I can confidently say that 99% of visitors to this island come with their significant other, friends, mom, or dog – some type of company. So what possessed me to take a solo tip to Santorini? I can explain.