After coming up with 101 things to do in Madrid, I figured I could go a little deeper. What are the things that anyone visiting Spain absolutely must do? I sat down, gave it some serious thought, and came up with 9 experiences. I vividly remember each of those experiences because of how they made me feel – deliriously happy, full of energy, in awe, surprised, or even anxious – but in a what’s-gonna-happen way. Whether you’re a first-time visitor or returning, these experiences should be on your Spain bucket list. Here are the 9 experiences you absolutely can’t miss in Spain, in no particular order.

This is the second part of the Spain Bucketlist Series. Here’s the complete series:

If you could only visit one place in Spain, it should be La Alhambra in Granada. Period. This palace and fortress is the stuff of dreams! Built in the 14th century, La Alhambra showcases the finesse of Moorish architecture and design. The landmark is a compound with various distinct halls and a complex for the Emirate of Granada and his family. It is perched on a hill with breathtaking views of Granada. There are two ways to see La Alhambra: you can purchase and ticket and do a self-guided tour or you can do a group tour with a guide. Check out the La Alhambra website for more details on tours.

Wouldn’t it be cool to say you’ve dined at the oldest restaurant in the world? Well, that honor belongs to El Botin. Found in 1725, El Botin is the world’s oldest continuously-running restaurant. Today, it has the ambiance of an upscale restaurant, but most of the items on the menu are in the 20 euro range. You need to make a reservation because this restaurant is in high demand! I wholeheartedly recommend you order the roasted suckling pig. You will thank me later!

La Sagrada Familia (Church of the Holy Family) is easily among the best attractions in Barcelona. Did you know the church is actually not complete? It has been under construction for over 100 years! Designed by the famed architect Antoni Gaudi, La Sagrada Familia is a UNESCO World Heritage Site. You have to book your ticket online at the La Granada Familia website. Book your ticket at least a couple of days in advance, especially if you’re visiting between June-August.

To make sure your visit goes smoothly, find out about the 5 mistakes to avoid at La Sagrada Familia

Subscribe to access my exclusive resource library for online entrepreneurs. You'll get step by step guides to make money through blogging & affiliate marketing

YOU MAY ALSO LIKE  The Ultimate Barcelona Travel Guide - What To Do, See, and Eat

Get lost in the madness of Las Fallas Festival

The Las Fallas Festival is crazy, overwhelming, hilarious, captivating, and beautiful at the same time. It’s really hard to describe! But if I had to pick a word I would say intense. Held in the city of Valencia on March 15-19 every year, the festival commemorates the life of Saint Joseph, the patron saint of Valencia. During the first four days, there are parades with intricately designed, over-the-top floats with all sorts of characters. The last day, La Crema, is the day you don’t want to miss! Judges choose the best float and the rest are burned down in flames throughout the city. I don’t want to give away any more details, but I should issue a warning. If you are claustrophobic or can’t handle excessive noise, you may want to go to see the parades on March 15-18 and skip La Crema.

Got to a Football Game

Even if you don’t care about football (soccer in ‘Murica), you need to go to a Real Madrid or Barcelona game. Why? The experience is just phenomenal – the excitement and energy of the crowds, the cheering, the suspense – you just can’t help but have a good time. You would need to check the calendar on the La Liga website and purchase tickets way in advance. They sell out at the snap of a finger. If you can, go and see ‘El Clasico,’ the match between rivals FC Barcelona and Real Madrid. It is guaranteed to be epic!

Devour some tapas in San Sebastian

The pintxos, basque for tapas, in San Sebastián are the best I’ve had anywhere in Spain. The variety, the freshness of the meats, the extra sauces they add – I don’t know how they do it, but their pintxos will send you to food heaven. You can go pintxo bar hopping in the Gros district (casual and laid back) or the Old Quarter (more touristy).

Watch a Flamenco Show in Andalusia

Contrary to popular belief, the Flamenco is not a national Spanish dance. It is the traditional dance of Andalusia, Spain’s southernmost community. Since the Flamenco was born in Andalusia, you will see the most authentic performances there. I first saw a Flamenco performance in the gypsy neighborhood of Granada, in a little cave-like room. Six years later, I still remember the passion and intensity of the dancers. It was that infectious! You can see a Flamenco show that is true to its Andalusian roots at any town or city in Andalusia – Sevilla, Cordoba, Cadiz, Jaen, to name a few. The traditional style of Flamenco is known as Flamenco Peñas.

Explore art at the Guggenheim in Bilbao

The Guggenheim was a part of the Spanish government’s efforts to generate more tourism in Bilbao and the Basque Country. Built in 1997, the museum is the creation of Frank Gehry, who also designed the Walt Disney Concert Hall in Los Angeles. The museum showcases contemporary art and hosts different exhibitions throughout the year. You can purchase a ticket at the venue or online at the Guggenheim Bilbao website.

With portable WiFi, you can say goodbye to ridiculous roaming charges and SIM cards for good. I’ve been using the Tep Wireless Pocket WIFI device, called a Teppy, for a while and love the peace of mind it gives me. The Teppy provides 3G-4G WiFi for at least 6 hours and works in 100+ countries. In my experience, it lasts 9 hours. It also works in a variety of landscapes and terrains. I even filmed a Facebook Live from a boat in the Atlantic Ocean using my Teppy. I can also use Google Maps, request an Uber, call my mom, and do tons of other things I couldn’t do before. A quick tip: turn off the device when you’re not using it so that the battery can last longer. Check out my complete review of Tep Wireless. Then use code SOMTOSEEKS to get 10% off your order.

The Cabin Zero 36 L Carry-On backpack is my go-to travel bag. I almost never check in luggage so I need a carry-on bag that is spacious, sturdy, and comfortable. The Cabin Zero 36 L fits the bill, and I’ve been using the same one for almost two years. It’s great for long trips and also comes with a tracker in case it gets lost. Check out my complete review of the Cabin Zero 36L backpack.

Skyscanner.com is my go-to website to search for flights. It’s hard to beat the prices! I’ve snagged a $24 direct flight to Milan, a $30 flight to Berlin, a $400 roundtrip ticket to Colombia, and a $500 roundtrip ticket to Japan. I’ve been using Skyscanner since I studied abroad in Spain back in 2012. I check the website along with the Hopper app to determine the best time to buy tickets. 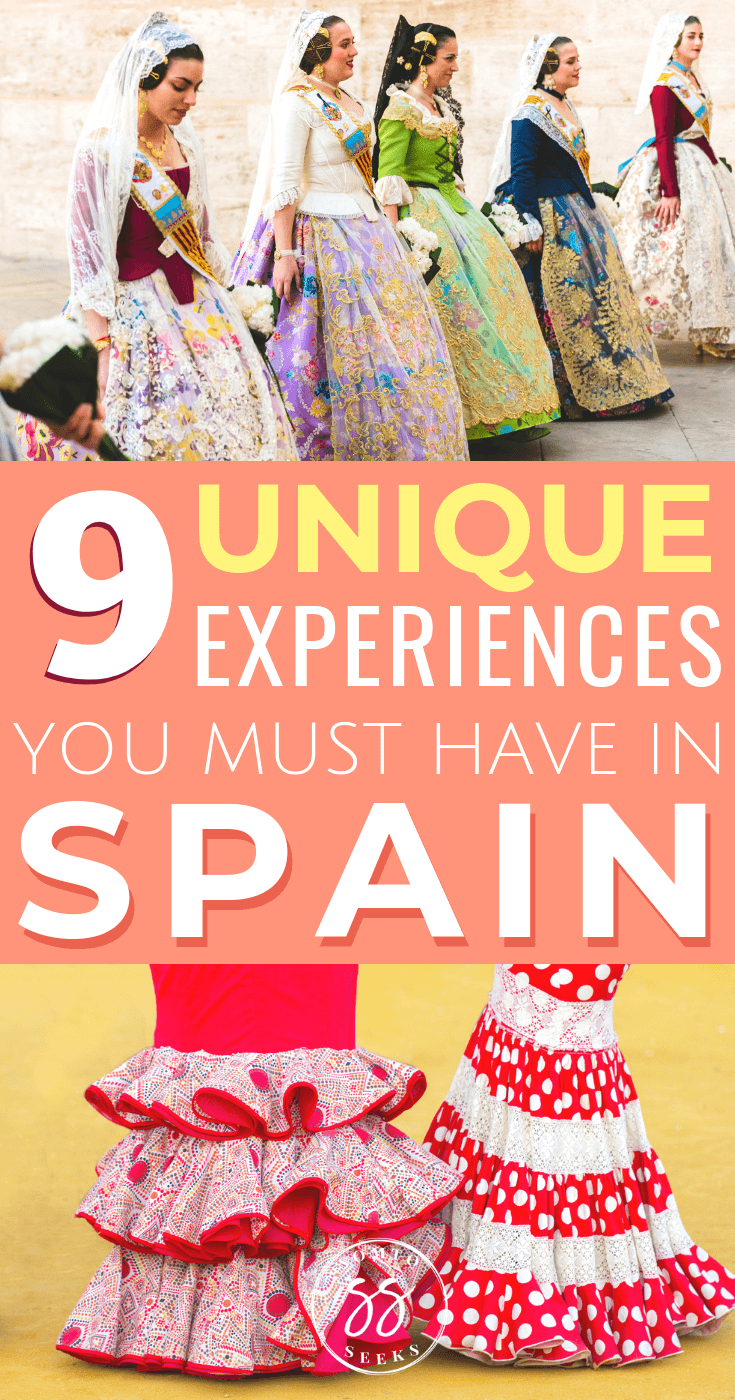 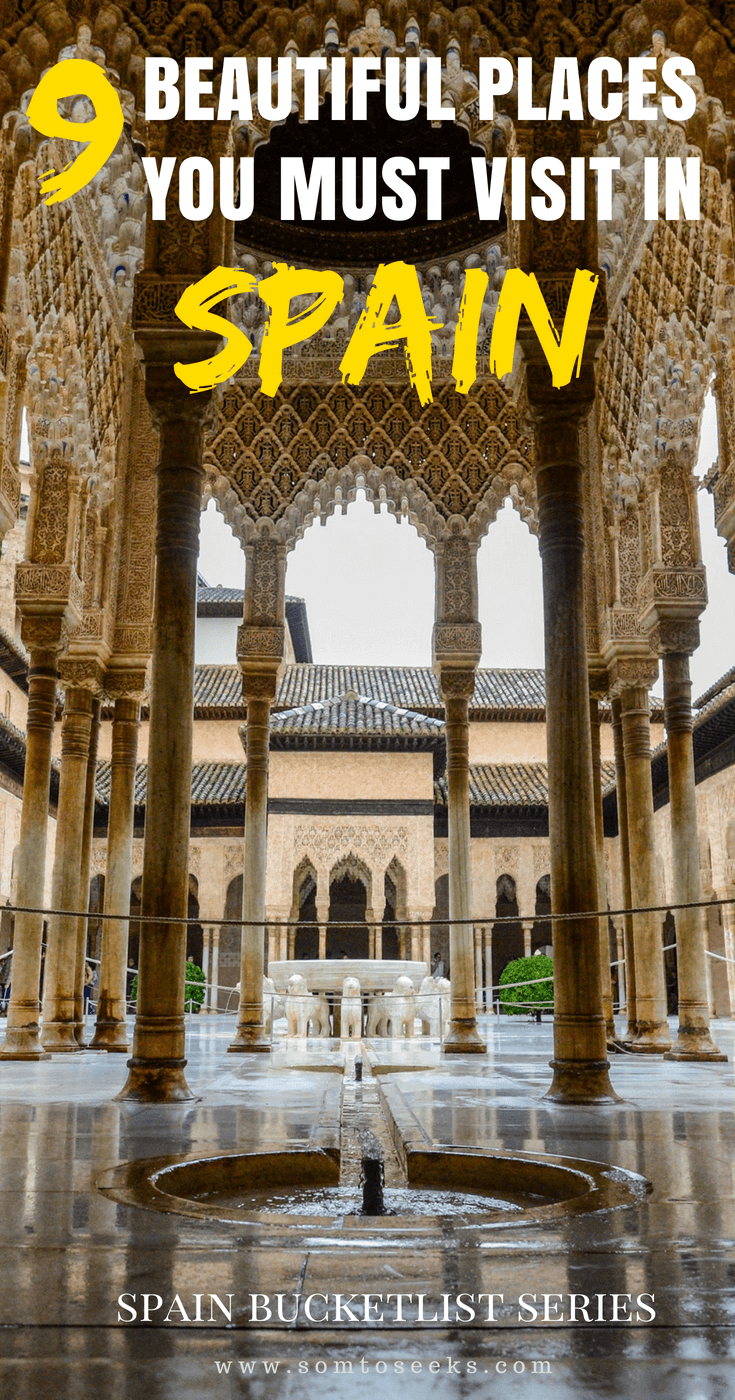 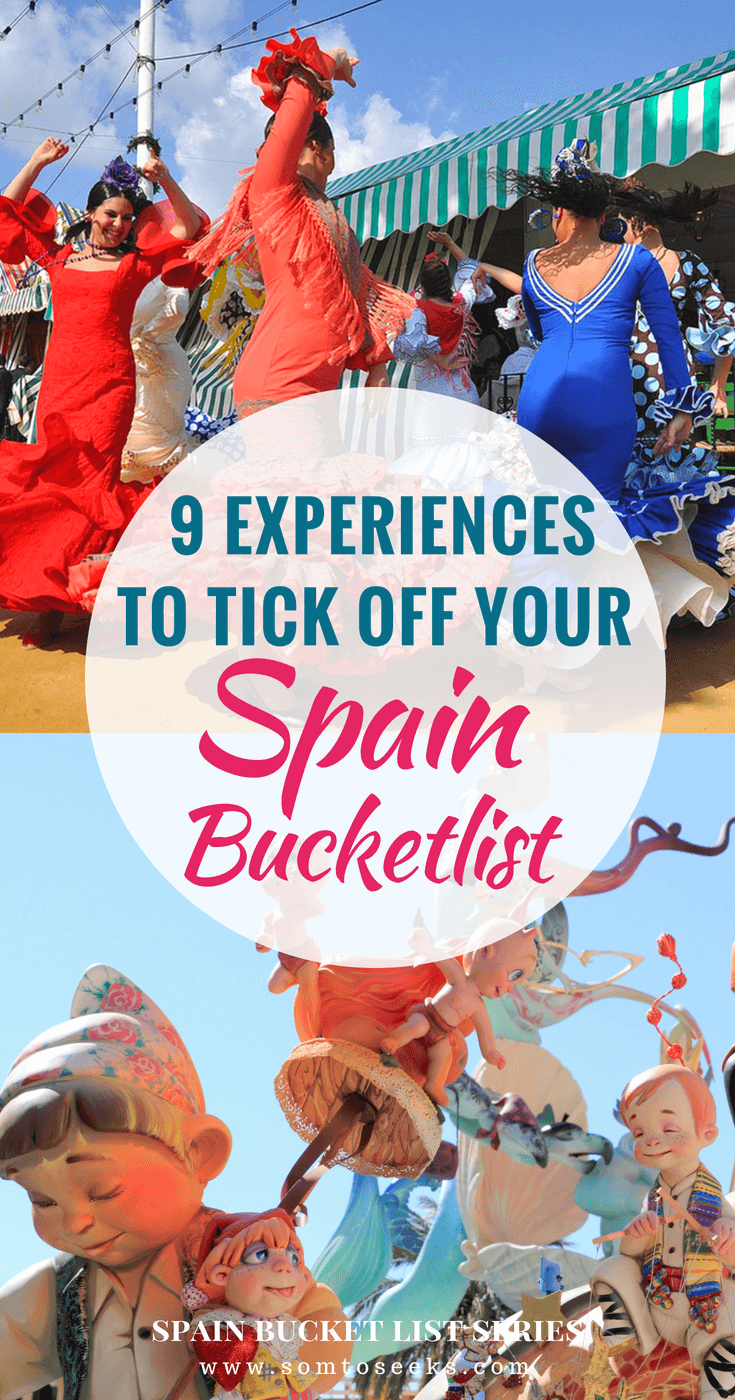 There you have it. These are the things you must do in Spain before you die. Have you done any of them yet?