Time for my favorite subject: food! Spanish food to be exact. My first introduction to Spanish cuisine was in the Basque Country, where I studied abroad. I loved stuffing my face with the pintxos (Basque for tapas) in San Sebastian. Of course, you can’t go to Spain without eating Paella so I also ate many plates of that. When I moved back to Spain to teach English, I branched out and tried a lot of regional and traditional dishes. Every list of things to eat in Spain typically contains the usual suspects – paella, tapas, patatas bravas, tortilla española, gazpacho…. Those are great, but there are so many other delicious things to eat around the country. I want to show you some mouth-watering dishes from different regions of Spain. Here is a list of 6 dishes to eat in Spain that will leave you wanting more.

This is the 3rd part of Spain Bucket List series. Here’s the complete series:

The Best Spanish Foods You Must Try

Rabo de Toro literally means ‘tail of the bull.’ It’s Spain take on oxtail. I approve. Rabo de Toro is my absolute favorite Spanish dish. It’s a rich, hearty stew with minimal ingredients and braised oxtail. It is believed to come from Andalusia, the southern region of Spain. If you’revisiting Madrid, go to Casa Salvador – the Rabo de Toro there is possibly the best in Madrid. 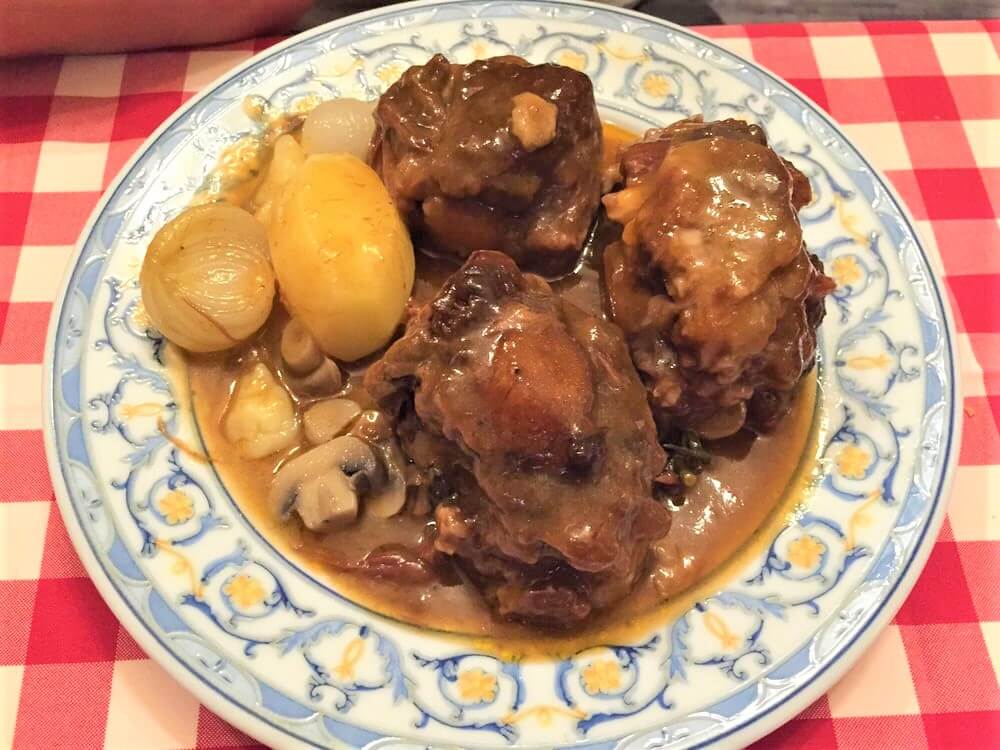 YOU MAY ALSO LIKE  How To Experience the Day of the Dead in Oaxaca, Mexico (2019)

Galicia, a community in northwest Spain, is the best place to eat seafood in Spain. No questions asked. Spaniards agree too. With an abundance of rivers and a long coastline, the region has long relied on fishing for its economy. That’s how seafood became their specialty. Pulpo a la Gallega, slices of octopus seasoned with paprika, olive oil, and salt, is one of the most popular dishes. If you’re in the capital, Santiago de Compostela, head to Rua Franco, a street in the center, and you’ll be overwhelmed by the number of seafood restaurants to choose from. You can get a mariscada, an assortment of mostly shrimp, crab, razor clams, and lobster, with some marinara-like sauce. What I like about Galician food, and Spanish food, in general, is the simplicity. There are mainly two ingredients used in their cuisine – salt and olive oil. I’m generally a spicy food girl, but it’s nice to take a break from that sometimes. 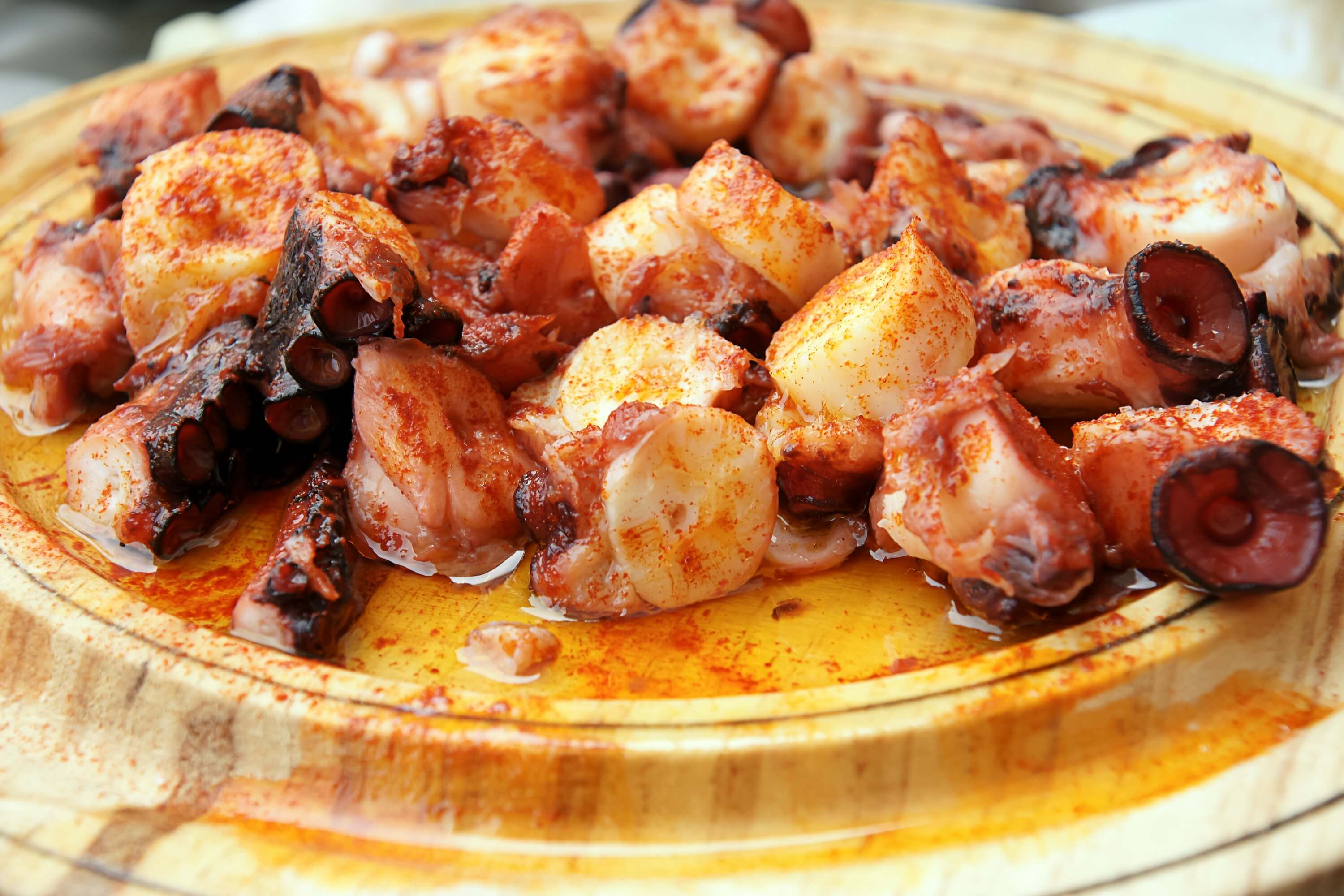 Solomillo is Spanish for sirloin. In this case, we’re talking about beef sirloin. A specialty of Sevilla, Solomillo al Whisky, as the name suggests, is roasted beef sirloin in a whisky sauce. It’s normally served with potatoes. I was skeptical at first, but gave it a try. It was so freaking good!

A staple of Basque cuisine, Bacalao, or cod, is a must-try. Bacalao al Pil Pil is cod that is simmered in olive oil and garnished with garlic and some herbs. Like Galicia, the Basque Country has excellent seafood. The Bay of Biscay is to the north of the region so they continually get fresh catches. 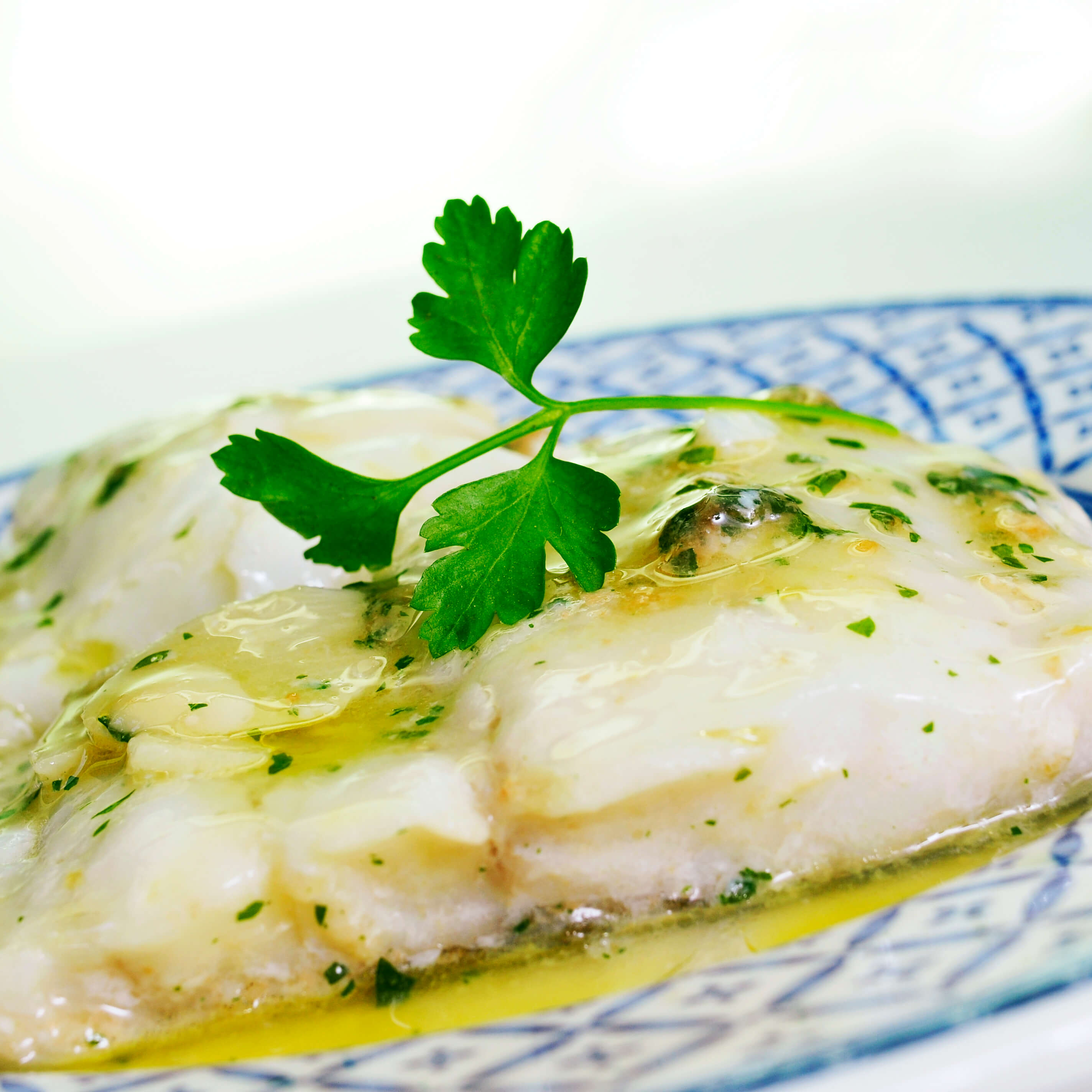 This is a roasted suckling pig and my second favorite Spanish dish. The outside is crispy while the inside is moist. This dish is always cooked to perfection at El Botin in Madrid, the world’s oldest restaurant. You have to make a stop there!

YOU MAY ALSO LIKE  The Best Christmas Markets in Barcelona: 2018 Guide

This bean stew comes from the community of Asturias, to the east of Galicia. It is a heavy stew with large beans, chorizo (Spanish sausage), black pudding, and some pork. You can buy canned fabada asturiana at any grocery store, but, of course, it doesn’t come close to one served at a restaurant. 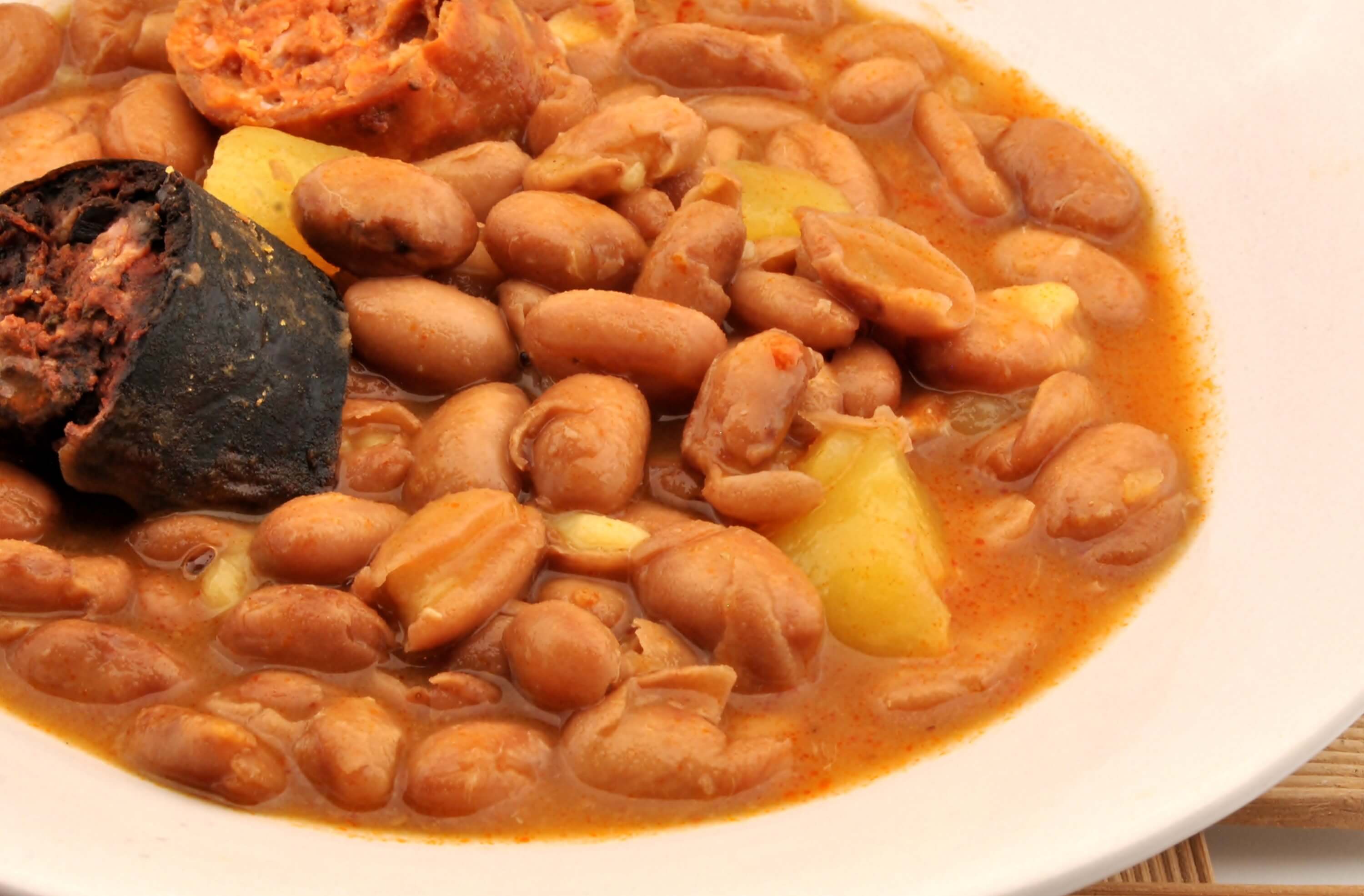 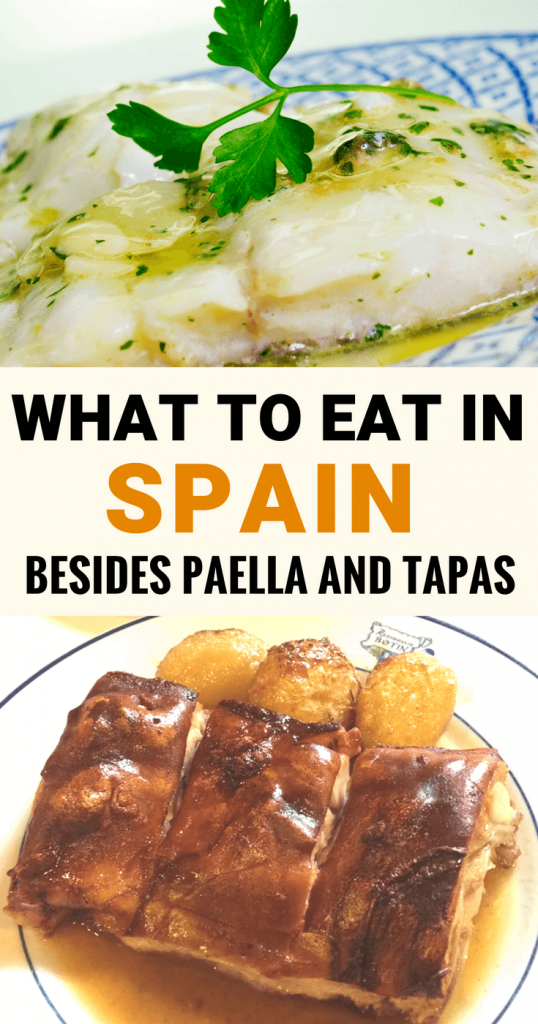 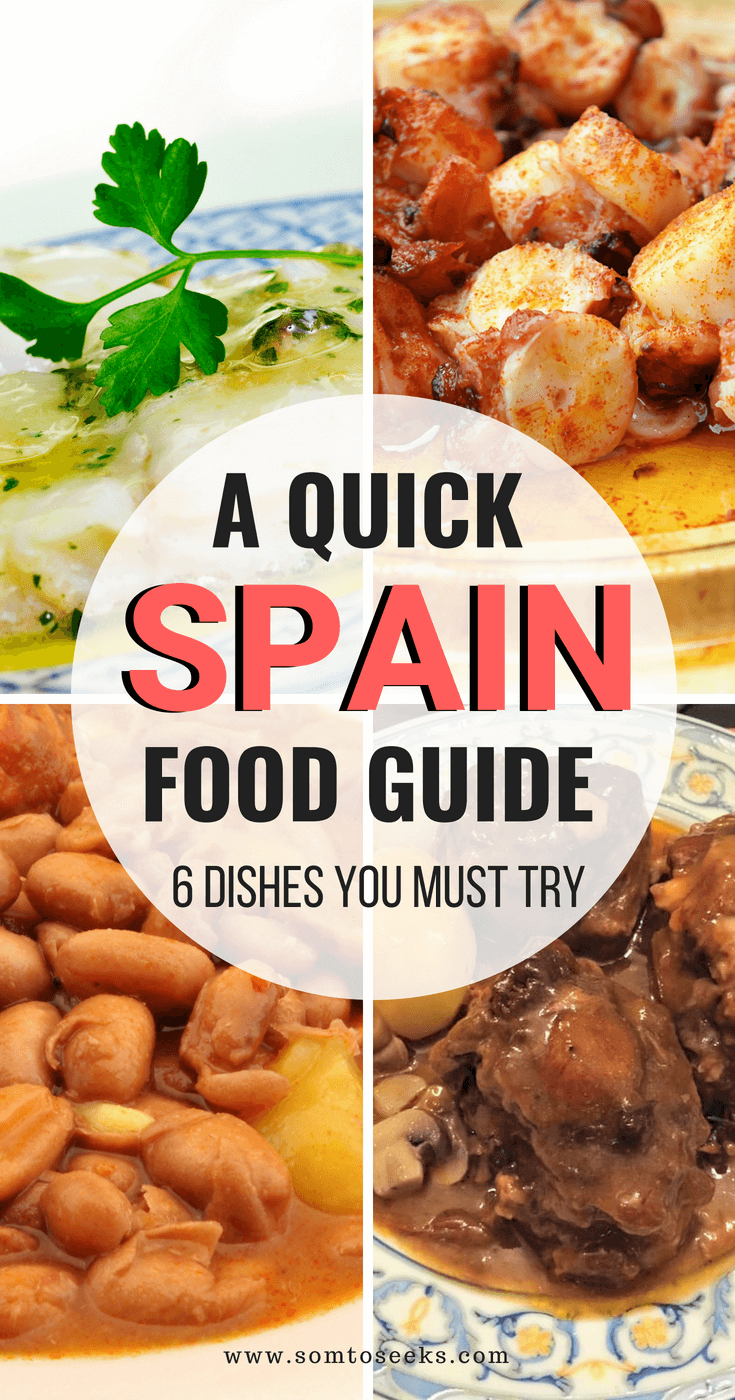