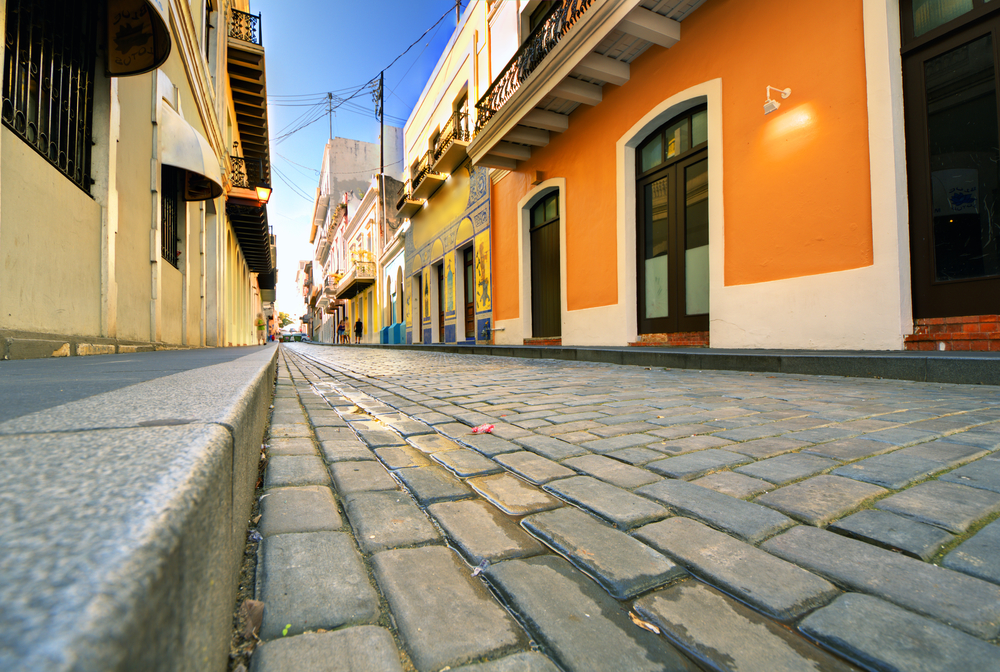 The streets of Old San Juan were practically made to be strolled for hours. With colorful, Spanish colonial architecture, picture-perfect corners, and mesmerizing views of the Carribean Sea, you’re bound to have at least a few awe-inspiring moments during your tour. This post will show you how to put together your own walking tour of Old San Juan. It includes a map so that you can follow along on your phone.

Time required for this tour

Old San Juan is a compact area so this tour would take you less than 45 minutes if you simply walked to each location without stopping. I would budget three hours to give you enough time to take in the sites, tour the historic buildings, and enjoy the food.

Items to bring with you 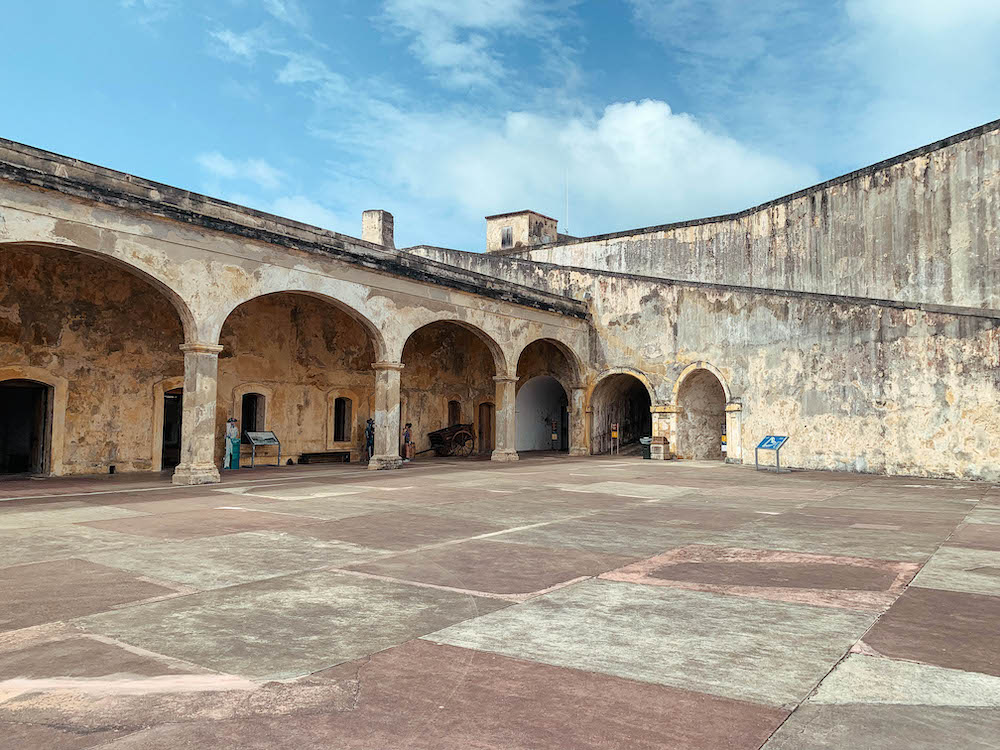 We’ll start at Castillo San Cristobal, the largest fortress that the Spanish built in the New World. A UNESCO World Heritage Site, this fortress is part of the San Juan National Historic Site, an area that includes fortresses, bastions, and the old city wall. Castillo San Cristobal was built in 1783 to protect the city from attacks when other European powers were trying to take over.

You need a ticket to tour the inside of the fortress, but there’s an outside area with bastions overlooking the Carribean Sea that anyone can visit. The ticket is $7 and is valid for two days to allow you to see other parts of the San Juan National Historic Site.

There are three levels to this fortress: the lowest level, the main firing battery, and the observation deck at the top. To get into the fortress, you have to go through some dingy tunnels at the lowest level. Along the way, there are dimly-lit rooms, including a dungeon where prisoners were kept for execution. It was creepy, to say the least.

Once you get past the tunnels, then everything brightens up – literally. You arrive at the main firing battery with rooms on the periphery that overlook the city. There are plaques explaining what the rooms were used for. Lastly, there’s the top level of the fortress, with breathtaking views overlooking the city. I spent a lot of time here just taking in the scenery.

YOU MAY ALSO LIKE  Spain Bucket List: Forget Barcelona, Why Granada is the Best Place to Visit in Spain

You can purchase your ticket at the San Juan National Historic Site office. The fortress is open every day of the week from 9 am to 6 pm. 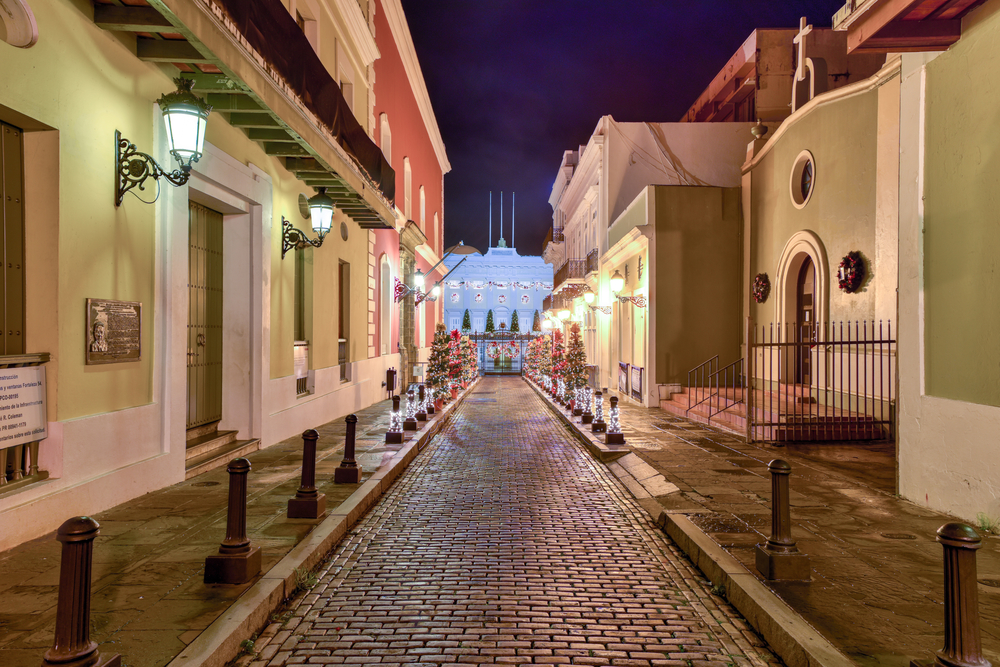 Calle Fortaleza is a shopping street in Old San Juan, located by the governor’s mansion. There are tons of little shops and restaurants here. This street used to be an Instagram hotspot when there were umbrellas floating at the top. Those umbrellas are no longer there, unfortunately. The street was barricaded during my visit to San Juan because of protests. Not going to complain. People’s livelihoods are more important than my Instagram photos. 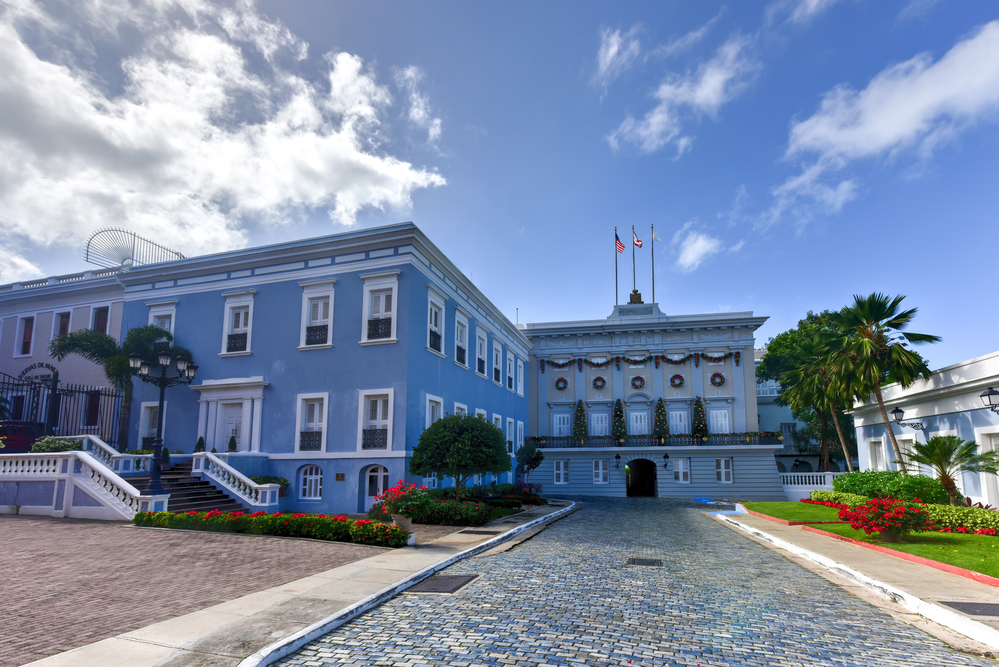 La Fortaleza, also known as Palacio de Santa Catalina, is the official residence of the governor of Puerto Rico. It also happens to be the oldest, continuously used governor’s mansion in the Western hemisphere. This colorful building sits on a fortification by the Carribean Sea. You can take a free tour of the interior, courtyards, and gardens every weekday from 9 am to 4 pm. Just arrive in person at tour office next to the mansion. I didn’t know that so I’m bummed!  Now you know. 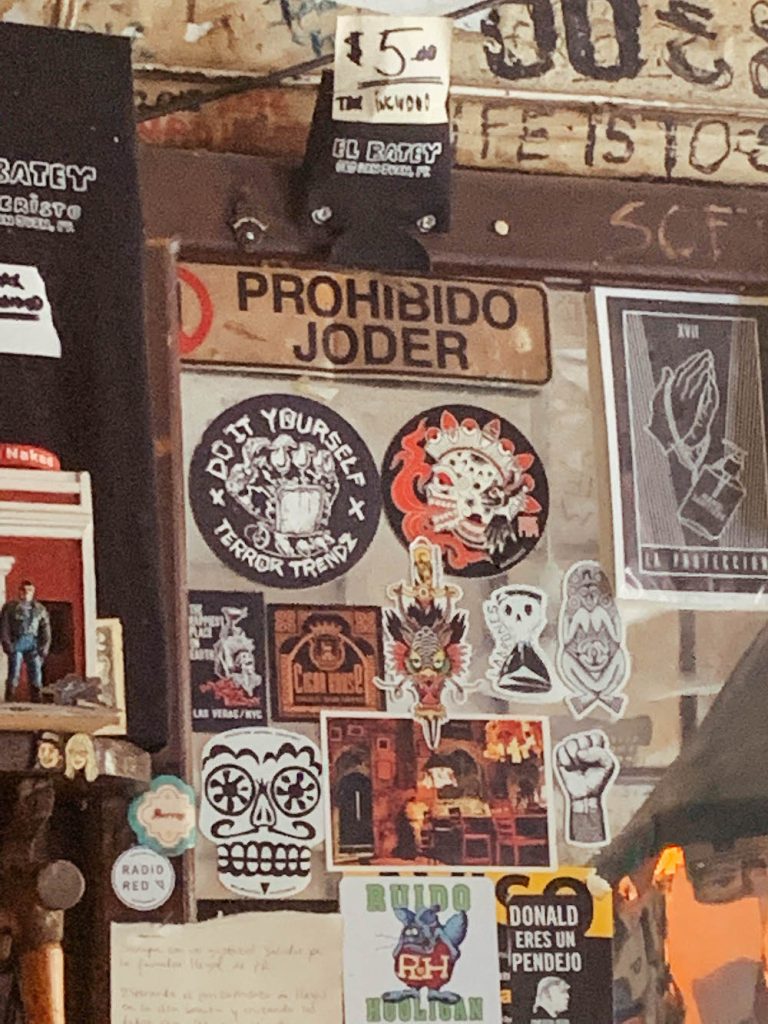 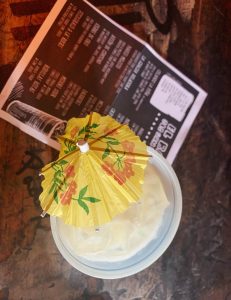 I was looking for some cheap mojitos and found this place on Yelp. When I walked in, I felt like I had stepped into some kind of punk rock tattoo parlor. That’s the vibe of this place. With the somewhat pretentious writings on the wall, like ‘Prohibido Joder,’ I  didn’t have a good feeling about the place at first.

But it turns out the mojitos were good and cheap. Also, the bartender, Javier,  engaged me in conversation for like an hour. Then, I ended up chatting with some locals at the bar, too. So I ended up liking this bar after all. It’s a great place to unwind and maybe meet new people. 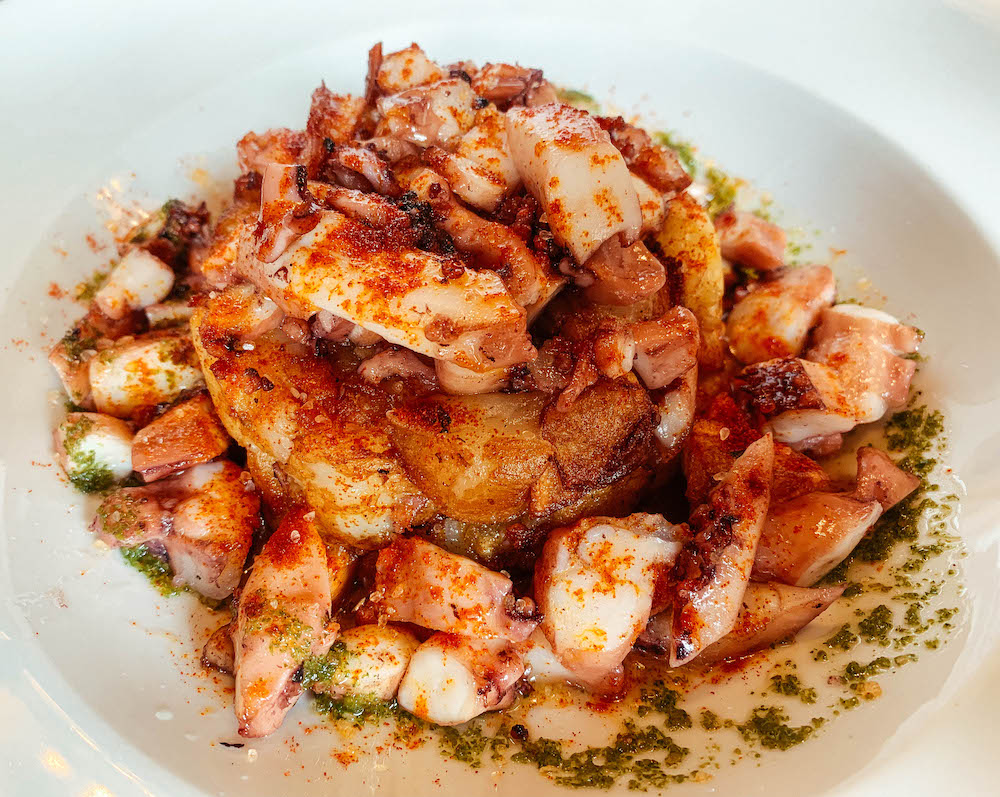 San Se Marisqueria, located down the street from Outsite San Juan, is the best restaurant in San Juan where I had the privilege of dining. I would recommend their Mofongo, a signature Puerto Rican dish consisting of mashed plantains, and Pulpo, or octopus. Unbelievably delicious! There is also a bar serving cheap piňa coladas. The food, though, is more expensive than at your average Old San Juan restaurant, but I think this place is definitely worth a visit. 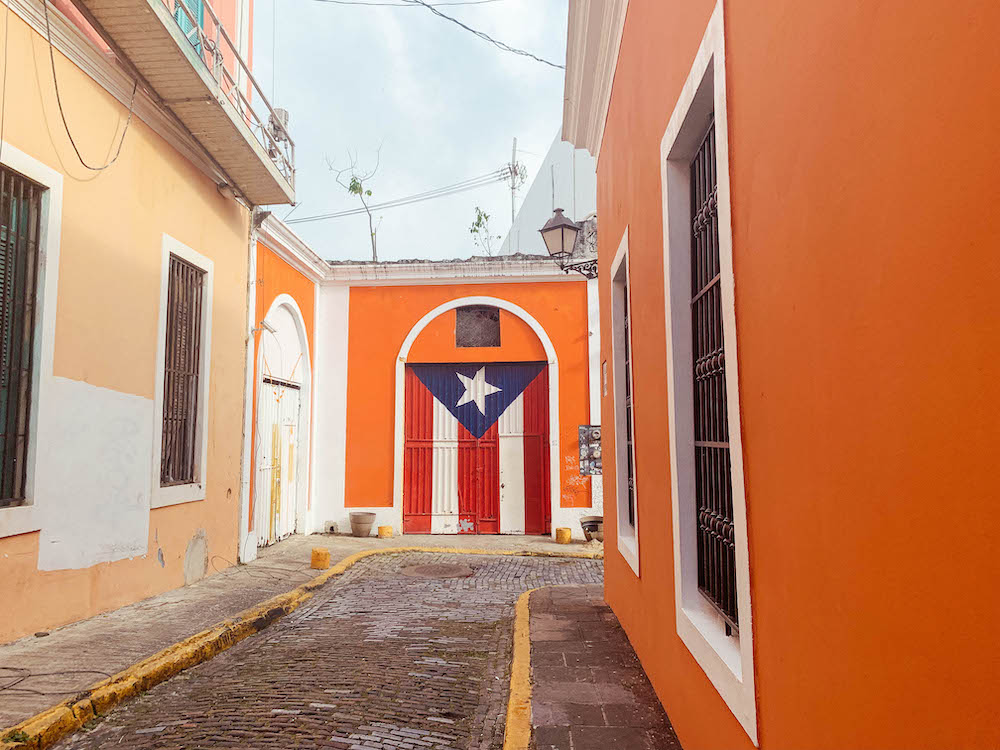 Calle Imperial is one of the iconic streets in Old San Juan with a flag of Puerto Rico on the wall. It’s a great place to snap a photo. I wanted to get a photo of myself here and waited for someone to walk by. No one did so I just took a photo of the wall. The struggles of solo travel. 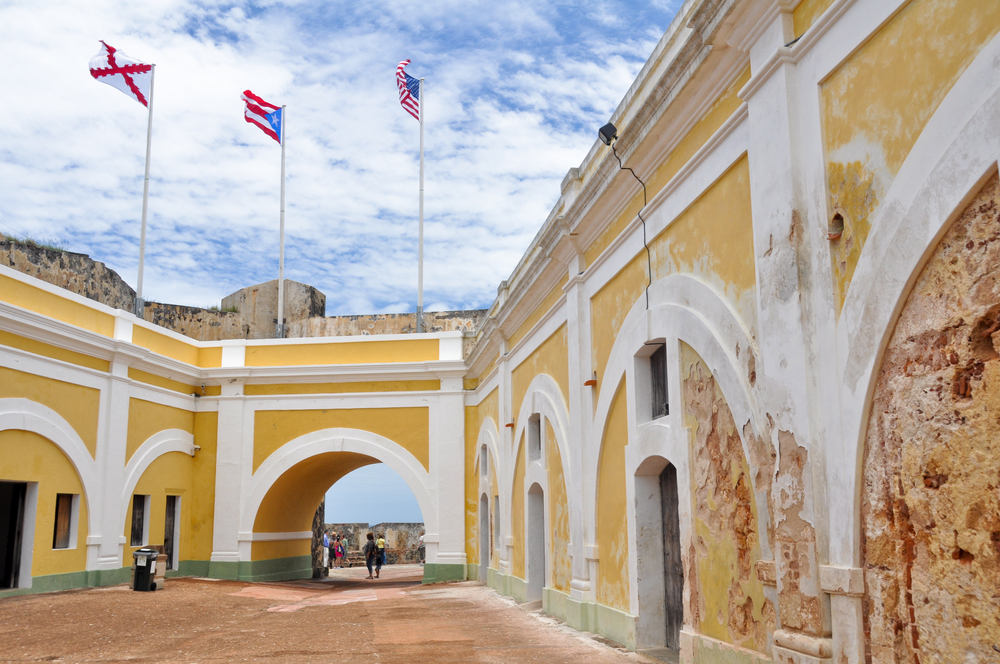 Further west of Castillo San Cristobal is another fort called Castillo Felipe del Morro, simply known as El Morro. This fortress is also part of the San Juan National Historic Center. It has six levels which were built over the course of 200 years, starting in the 1500s.

El Morro was one of the original fortifications built by the Spanish to protect San Juan from foreign invaders. Today, it’s popular among locals and tourists alike. The different levels, particularly the higher ones, offer incredible views of the Carribean Sea. All around the structure, you’ll find many garitas, or guard posts, which are a great place to snap a photo.

Tep Wireless Pocket WIFI Device – With portable WiFi, you can say goodbye to ridiculous roaming charges and SIM cards for good. I’ve been using the Tep Wireless Pocket WIFI device, called a Teppy, for a while and love the peace of mind it gives me. The Teppy provides 3G-4G WiFi for at least 6 hours and works in 100+ countries. In my experience, it lasts 9 hours. It also works in a variety of landscapes and terrains. I even filmed a Facebook Live from a boat in the Atlantic Ocean using my Teppy. I can also use Google Maps, request an Uber, call my mom, and do tons of other things I couldn’t do before. Quick tip: turn off the device when you’re not using it so that the battery can last longer. Use code SOMTOSEEKS to get 10% off your order.

Booking.com – Booking.com is my go-to website for booking discounted accommodations around the world.  What I love most about Booking.com is the variety of properties you can find, from luxury apartments to treehouses to university housing. It’s hard to beat the insanely low prices. The website also has a flexible cancellation policy, which is great if things come up or you change your mind.

Skyscanner – Skyscanner.com is my go-to website to search for flights. It’s hard to beat the prices! I’ve snagged a $24 direct flight to Milan, a $30 flight to Berlin, a $400 roundtrip ticket to Colombia, and a $500 roundtrip ticket to Japan. I’ve been using Skyscanner since I studied abroad in Spain back in 2012. I check the website along with the Hopper app to determine the best time to buy tickets. 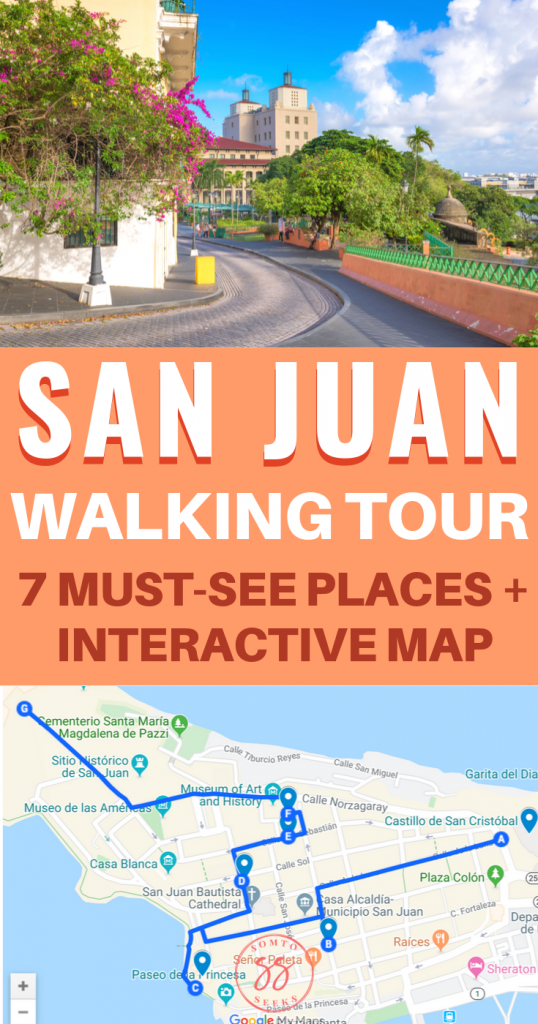 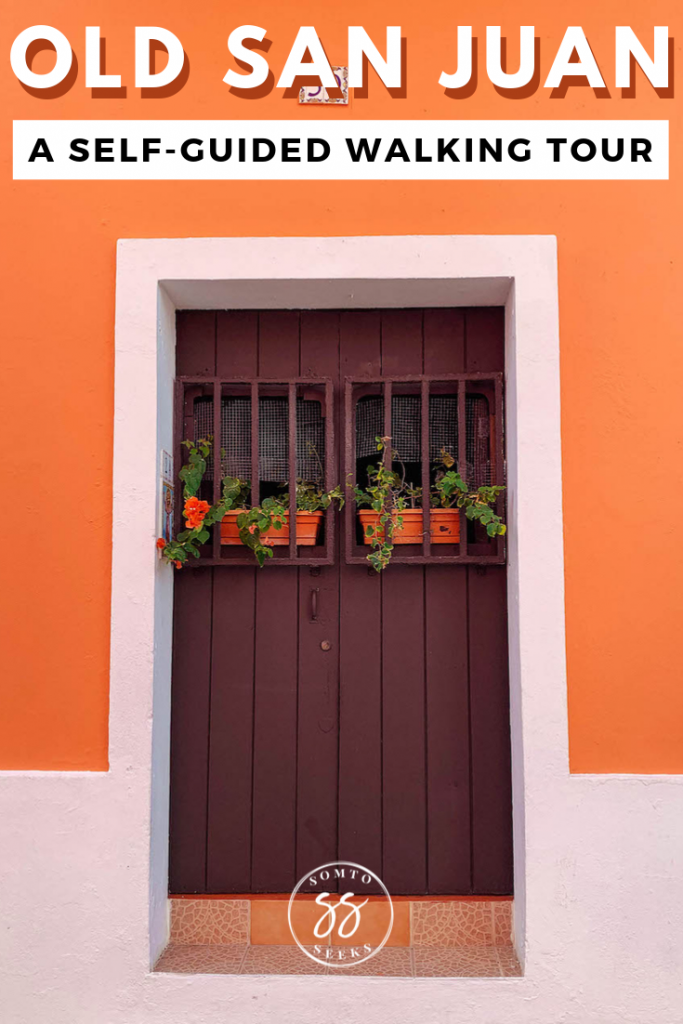 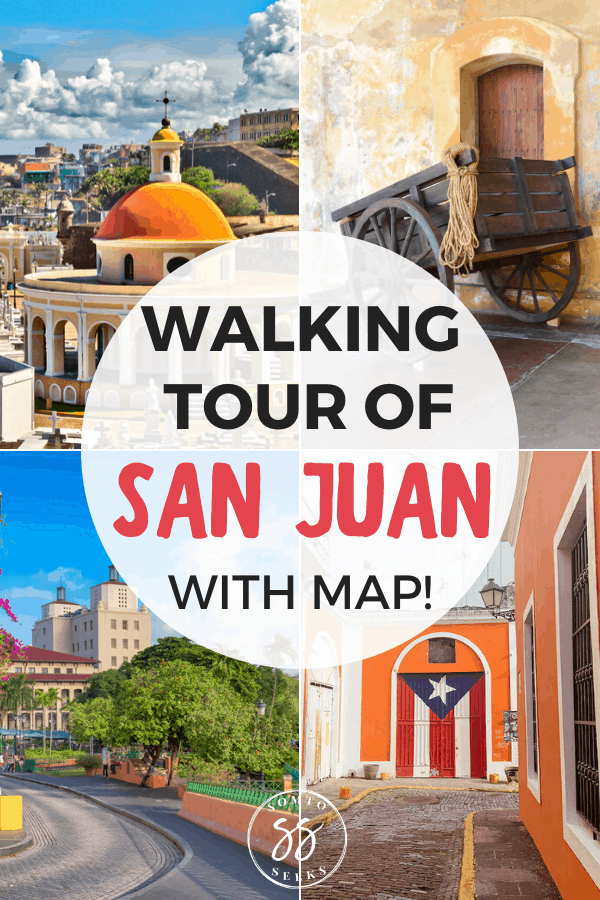 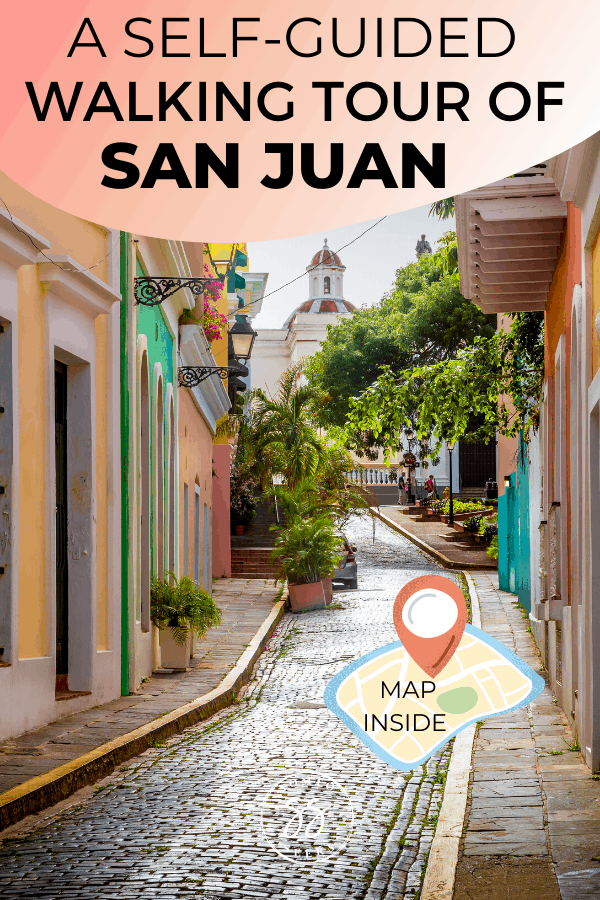